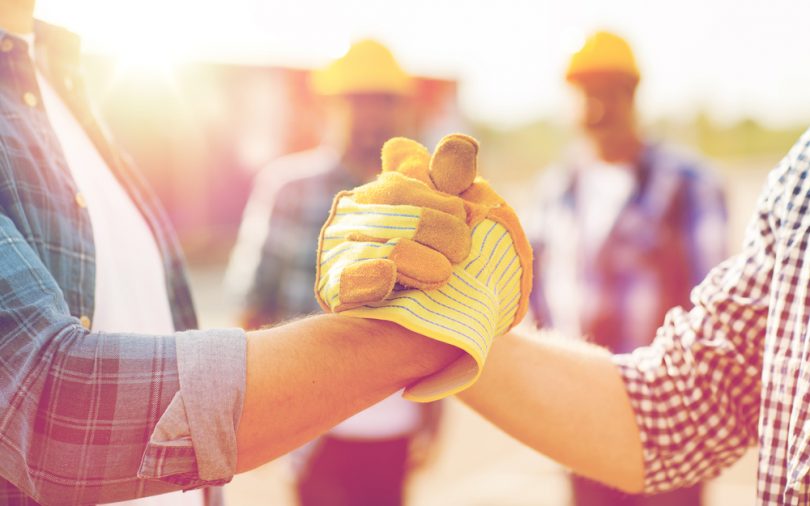 The Great Recession signified death for many businesses, and particularly the construction industry. Very few survived it, in fact. Those that did survive have a solid footing on the market today, but they are few and far between. The vast majority of construction companies continue to struggle. One of the reasons for this is that, although there is more credit available and the underwriting process is easier construction financing, or acquisition, development, and construction (AD&C) loans, are still hard to get.

The Basel III standards impose increased capital requirements on banks for acquisition, development and construction (ADC) loans for commercial real estate projects. These commercial construction loans are now designated as “high-volatility commercial real estate” (HVCRE) loans, and banks are required to assign these a “risk weight” of 150 percent, compared to other business loans, for purposes of calculating the capital they must hold against these riskier loans.

What this means in simple terms, is that new developers don’t even have to bother asking for a loan through a community bank. Indeed, this was a key area of concern for 2018, something picked up on by the Federal Deposit Insurance Corporation (FDIC) and the NAHB, which has observed a dramatic slow down in construction lending. This doesn’t mean that lending is no longer happening, but rather that it continues to be very difficult, despite being in a growth cycle.

For builders, these are confusing times. On the one hand, demand for new properties is up, but creating supply is impossible through traditional means. This also highlights the importance of finding an alternative.

Traditionally, community banks were fantastic sources for AD&C loans, because of the fact that they focused on the local market. Unfortunately, ever since the Great Recession, the risk has simply been too big for them. In fact, statistics show that small banks were hit the hardest.

The recession was especially unkind to small community banks. About 85 percent of banks that failed 2008-2011 were considered small, with assets below $1 billion. Smaller banks tend to have a larger portfolio of small business loans, therefore increased risk. But smaller banks also tend to get involved in local community development and philanthropy.

Bankers haven’t forgotten the Great Recession, and neither have developers. People still prefer to be cautious, despite the fact that, for nine years, a growth cycle has been experienced. The economy may be doing well but people feel they are on tenterhooks and expect another bubble to burst. Construction, in particular, is always very risky, with a lot of failures and defaults regularly noted because resources can no longer be found. Banks do not yet have the security themselves that enable them to mitigate this risk.

There is a strong sense of risk aversion and one way in which that is mitigated is through increased scrutiny. Different forms of lending have been observed, including an increase in loans for single families. At present, community banks aim to have no more than 35% exposure to each of the different asset classes and this has proven to be a good strategy.

Low interest rates coupled with an improving U.S. economy have stimulated CRE markets nationwide, resulting in strong price increases and high valuations. At the same time, the commercial mortgage-backed securities (CMBS) market has not been a huge source of competition for banks. These factors, combined with historically benign asset quality performance, have promoted relatively strong growth for CRE lending, most prominently among regional and community banks.

It is also believed that, with the appointment of Joseph Otting to the Office of the Comptroller of the Currency, which happened in November 2017, regulatory oversight is going to get better. Indeed, banking partners agree that there will be a loosening of regulations, which could spell benefits at local levels. While this is a fantastic development, it doesn’t resolve the fact that, in the here and now, banks aren’t lending and commercial real estate investors and developers still need funds.

In response to the tight regulations of banks, and particularly of community banks, investors and developers are turning to private lenders instead. Hard money loans are reasonably easy to get, particularly for projects that have a strong chance of success. They are high risk, but this risk is mitigated by high-interest rates and short loan terms. As such, hard money lenders can ensure that they get their money back if nothing else.

Money is business. Banks may provide a financial service but, at the end of the day, their goal is to make more money. They do so cautiously, in part because they build lengthy lending relationships with their clients. Private lenders, meanwhile, also simply want to make more money. But they do so boldly, working with borrowers for short periods of time. They are two opposite sides of the spectrum, in other words.

Construction loans, in particular, are also highly complex. This is another thing that banks are resistant to. They would prefer something that is easy to understand, easy to underwrite, and easy to work on. Hard money lenders, by contrast, are visionaries. They don’t mind working over complex figures and other difficulties, because they can see what the potential in that project is, and what the end result is likely to be. They are realistic, in as such that they won’t lend on a project that they believe has no chance of success, but they also don’t mind taking risks, sometimes very significant ones.

Today, therefore, there are two classes of successful construction companies. The first class is the one that was around before the Great Recession and that continued to operate through it, never giving up and never having to close its doors. Those are the ones who have the biggest chance of going to a community bank and getting approved for a loan. The vast majority of construction companies, however, are new ones or have re-opened after the Great Recession was over. For them, the banks aren’t open yet, but hard money lenders are.